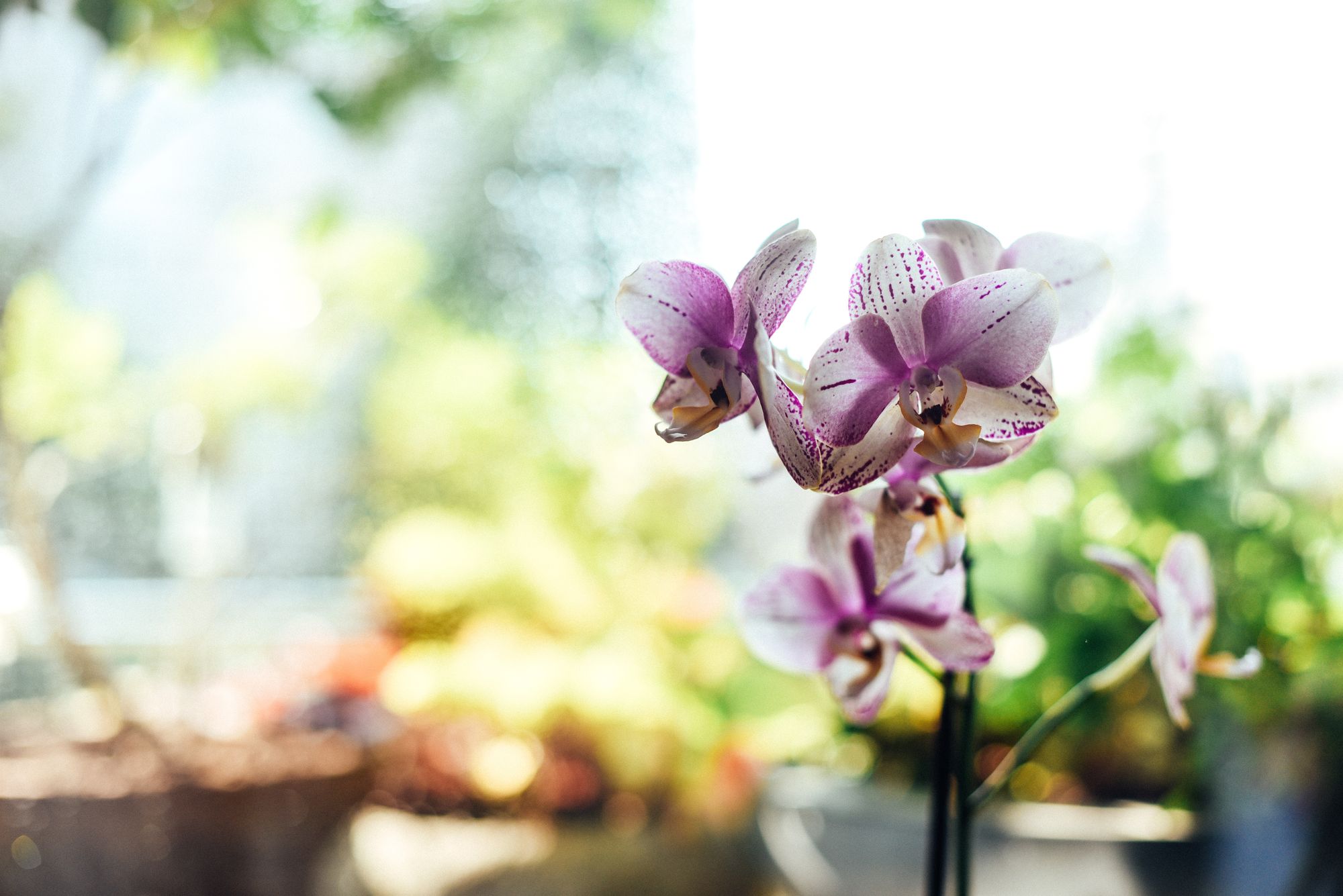 The ways in which loss continues, even after a person is gone

I would argue that it might be easier to endure loneliness than to endure the idea that you might disappear.
- Susan Orlean, The Orchid Thief

The orchids are dying. The two, nearly identical Phalaenopsis plants, their white petals punctuated with bursts and flicks of magenta, sit on the edge of the windowsill in my kitchen so that the beams of daylight do not overwhelm their temperamental leaves. But those leaves, normally a deep moss green, are sickly, turned the color of old gold; their usually firm, glossy surfaces are now wrinkled and veiny; the flower spikes are withered and brittle. Buds have fallen before blooming, their existence cut short.

I cannot say where things went wrong. After Linda died, the orchids initially had flourished - a reflection, or so I thought, of my resolve to meticulously steward all that had once been meaningful to her. When Linda was here, I had never paid the orchids any attention; she had gotten them nearly a decade ago for her then-new office, where they sat on a ledge peering out at the serene foothills of Palo Alto for years before being transplanted to our home. But now they held outsized significance. Diligently observing rituals - watering, pruning, repotting - has become perhaps the most important form of remembrance. And sometimes, it feels, a referendum on my ability to carry on in Linda’s absence.

Was it over-or under-watering that did in the orchids? Was it too much or too little sunlight? When your partner is gone and the reassurance she once provided is missing, your mind can become an echo chamber of doubt and second-guessing, so much so that I have attempted to find vindication for the decline of these flowers by telling myself that at least my children are thriving. How nonsensical.

It is not just about the orchids though; they are just a microcosm for the myriad ways I judge myself as to how true I remain to honoring Linda. It feels as if my stewardship is failing in larger, more profound respects, the most significant being that I am starting to forget.

My memories of Linda are slowly fading.

In the early months of grief, without Linda, my mind was flooded with memories of her that could be summoned with the slightest coaxing. Those memories brought with them overwhelming pain, but they allowed me to hold onto her, as she was when I last knew her. But over the last nearly two years, the contours of Linda’s face have become blurrier, the pitch of her voice has become fainter, the cadence of her laugh less crisp, the flow of her handwriting fuzzier, the idiosyncratic mannerisms that I found so endearing are now less distinct. This failure of retention is hard to accept; it is driven by the unstoppable force of time and the limitations of the human brain. Everything that used to be refreshed each day with Linda’s presence is now less clear. At times I close my eyes, my hands cupped along the sides of my head, fighting and straining to the extremes of my conviction and inner might, to remember what now lays hidden and distant within my mind. My recall brings with it an unwelcome fog that layers itself over the thousands of moments throughout our time together.

Yes, there are photographs. Yes, there are videos. But these do not capture the essence of a person nor the significance of a point in time. That is left up to our memories. Yet the mind cannot stay faithful to a memory in its original form - like a digital file that is reprocessed over and over every time it is accessed, small details vanish or are altered, and we never remember an event exactly as we actually experienced it. And especially after loss, perhaps the mind does not want to remember; it simply cannot cope with thoughts that carry enduring trauma and pain.

People tell me that I am strong, that my journey in the past 23 months is an example of how resilient the human mind, and its emotional state, can be. But I do not feel strong at all. I feel weak being unable to remember the details of my time with Linda with unfailing precision. I feel as if the brain was designed with a tragic flaw in that it cannot operate in absolutes. I feel that I have had to give up recollections of precious and invaluable worth, the toll that emotional survival demands. Sometimes it is as if this new life is washing away the remnant pieces of my past life, and I resent it. To lose a person is devastating. To lose your memories of her is equally so. How much will I remember of Linda in 5 years? In 10 years? What is left when the memories disappear?

There is no choice but to move forward, to press on. It is as if the human mind is simply programmed to do so. When one is incapable of doing so, it is considered a disorder, whether the diagnosis is complicated grief, posttraumatic stress disorder, depression, or something else. But what is a triumph of evolutionary biology is a reminder that nature can be ruthless to ensure one’s survival.

Like the orchids whose spikes and blooms die off to give way to new flowers in the next season, loss imbues those in grief with the transformative power to derive deeper meaning and understanding of the most formative aspects of life. The memories may fade, but it is what a person meant to us that will always remain. That meaning itself also evolves, is reinterpreted, and is reprocessed as we discover the ways a person continues to influence us, even in death, to be better versions of ourselves. Many days, I would rather just have the memories.