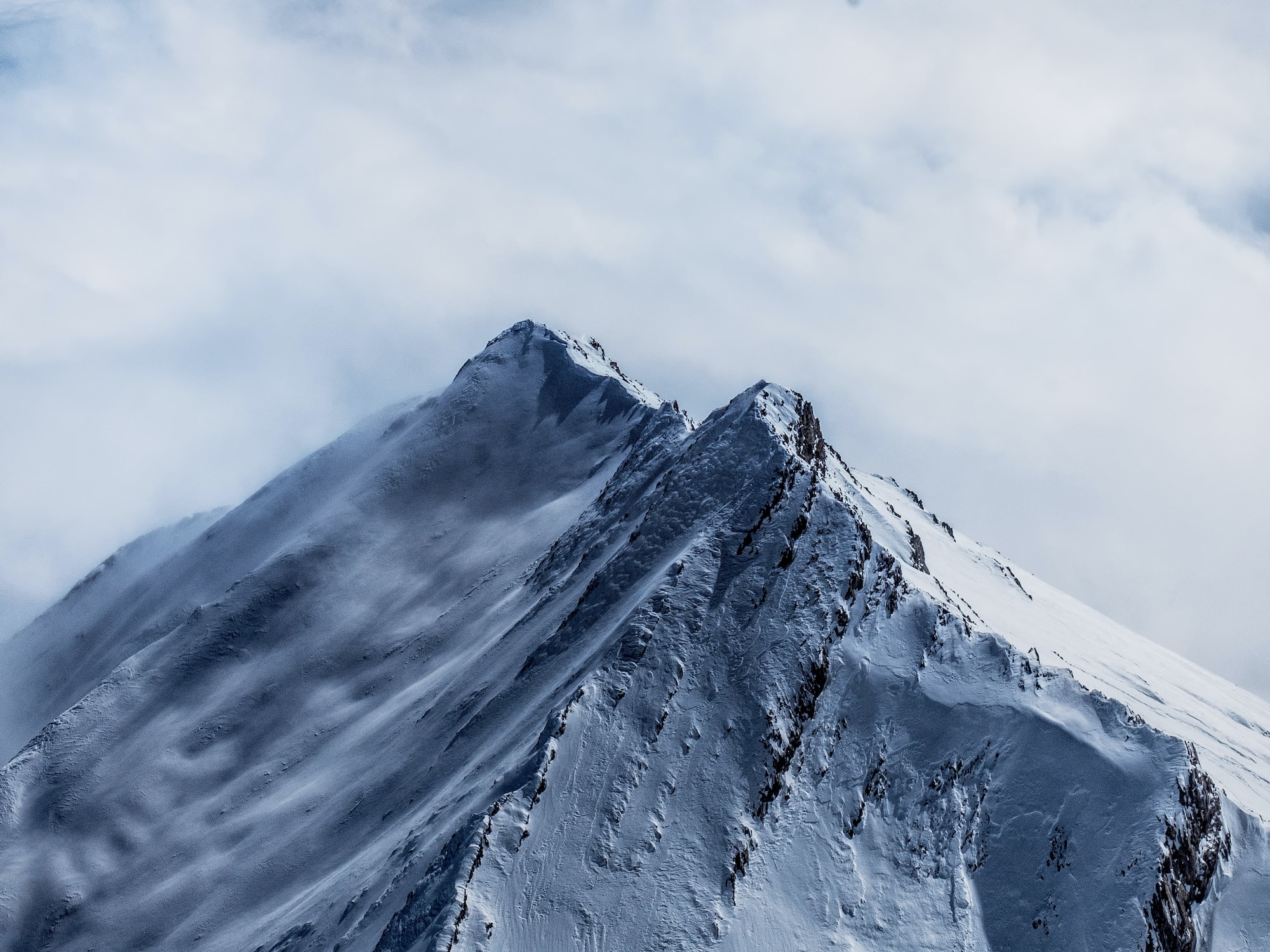 A person’s tragedy does not make up their entire life. A story carves deep grooves into our brains each time we tell it. But we aren't one story. We can change our stories. We can write our own.
- Amy Poehler, Yes Please

When I am asked what my life has been like throughout the past 22 months, I often use the following analogy: it’s like extreme and dangerous mountaineering. When humans reach high altitude too quickly, they experience shock and trauma that can kill them. But if they endure that initial ascent, then acclimatization sets in and continues for months, or years, and ultimately enables them to survive. The body actually experiences physiological changes - the concentration of red blood cells increases to compensate for lower levels of oxygen at high altitude.

Now imagine the emotional analogue to that scenario. That is what it is like to go through the intense grief of losing a spouse and to traverse the difficult terrain of single parenthood with two young children, one of whom has a disability. At first, you question whether you will survive at all; you are numb yet continue to function because the primitive areas of the brain sustain you and because two other lives depend on you. Once the “critical period” passes, you struggle as you feel the pain of learning to breathe differently, adapting to an environment and a life that once seemed uninhabitable. Then you realize you are never coming down from that mountain; there is no airlift, no rescue team, no sherpa - others cannot venture to where you now are. In fact, most people are not even aware that such a place exists. The course you had previously planned for your life is not to be, and you must now make the most of a different destiny. And so you summon courage and hope, which become aids at your disposal to carry on and eventually appreciate the beauty of the mountain itself, despite its harsh and unpredictable circumstances. But the memory of how life once was, what could have been, how it was supposed to be, and now will never be, remains with you.

The start to any writing is always a bit awkward, like trying to make small talk with a stranger you meet for the first time, especially when the subject matter is so deeply personal. But similar to why we seek to understand people we do not know, the reason for writing (at least my reason) is to form a connection, a bond, in the hope that some measure of empathy can be found. At its essence, that is this blog’s raison d'etre.

Writing also distills, clarifies, and helps elucidate the unimaginable and the incomprehensible; it is cathartic. My writings here explore at least three major threads - grief, single parenthood, and raising a child with an ongoing medical condition - arising from a tragedy that permanently altered the course of my life. In early 2018, my wife, Linda, died the day my younger daughter arrived, from a childbirth complication called an amniotic fluid embolism (AFE). Approximately 700 women in the U.S. die each year from complications related to pregnancy and childbirth. Linda was one of them. An AFE is an extremely rare condition (estimated to occur in as few as 1 in 100,000 births) where amniotic fluid enters the maternal bloodstream, an event that is unpreventable, sudden, and catastrophic. Due to the few number of cases, the condition itself is not yet well understood and its underlying cause unknown. There was no warning, no preparation; everything was normal right up until that split second when it no longer was.

When Linda’s heart and breath stopped, my yet-to-be-born daughter’s heart and breath too stopped. My daughter would go without oxygen for two minutes, and it would take 19 minutes to restart her heart using “extraordinary measures.” When I first saw her, in the neonatal intensive care unit (NICU), she was on life support in therapeutic hypothermia to help her recover from the injury to her brain. Among the mesh of wires connected to her, an IV in her left hand flowed with morphine to help ease her shivering. The doctors told me she did not have long. She could not breathe on her own. Her Apgar scores at the one-, five-, and ten-minute marks were all zero. The monitor tracking her brain waves showed no activity. They gave no hope for her survival and did not expect her to last the night.

I asked the doctors many questions, my voice stifled and reduced to whispers, feeling strained to make itself heard. I nodded as they patiently responded, enunciating their words slowly with guarded looks on their faces, as if they were unsure I would comprehend the medical jargon and also worried I would suddenly snap. But the first symptom of shock is not necessarily mental impairment, and in those moments my mind had become decoupled from my emotional state. I understood what was happening, yet it did not yet feel real. There are moments or days, even now as I write this, when it still does not feel real.

As I shuffled between the cardiac intensive care unit and the NICU that night, what stood out was the eerie calm throughout the hospital, overlaid with the background humming of machines, footsteps shuffling, and wheels squeaking across the polished tile floors: a striking contrast to the emotional cacophony within as the many facets of my life were shattered into a thousand pieces. I wanted to scream, I wanted to throw up, I wanted to wake up. Was this really happening? At 34, on what was supposed to be one of the most joyous days of my life, I had become a widower and single father to a two-year old and a newborn who would not live.

When I returned home in the early morning, I placed the clothes Linda had packed for her hospital stay on our dresser and paused. What would I tell my elder daughter, who would wake in a few hours? Would my younger daughter make it through the night? And how would I go on without the person I needed most in this life? I stared over the precipice of the mountain and saw something that seemed worse than death: a life of desolation.

I did not sleep that night.

Dawn broke through the shadows to start the new day. There is no light without darkness, no strength without weakness, no miracle without despair.

My daughter was still alive albeit in a precarious and critical condition. The doctors told me it was time to start thinking about not prolonging her life, that even if she were to survive, she would be in something akin to a vegetative state - she would have no awareness, no responsiveness, no comprehension, and no ability to function autonomously. But she made it through another day and another after that. In the weeks that were to come, my younger daughter would defy all the odds despite the consistently dire prognoses: she started to breathe on her own, her brain activity normalized, her renal functions started, she began to spontaneously move her limbs, she learned to feed. Today, despite having cerebral palsy and developmental challenges, there are many reasons to believe she will be capable of leading an independent life.

So began the arduous process of acclimatization. After two weeks, I contacted a grief support organization to get professional help. After one month, I worked with my daughter’s medical team to formulate a treatment plan: physical therapy, occupational therapy, early intervention, neurological consultations, etc. After eight weeks, I returned to work at the cybersecurity software company where I am a co-founder. After three months, my mother went home, and with no family nearby that could help, I was on my own to care for my two girls. Today, almost two years later, they are thriving and the “new normal” now just feels normal.

Each day forward is still hard. Grieving, single parenting, and caring for a child with additional needs...each is a lonely journey in and of itself. Each journey not only changes you; each also reveals you.

My wife died, and my daughter lived. What determines why one person lives and another does not? It is as the poet Homer wrote: “Life and death are balanced as it were on the edge of a razor.”

From the ashes of tragedy, what more can one do but seek to write something beautiful? I do not know the ending, but my story is not yet done.