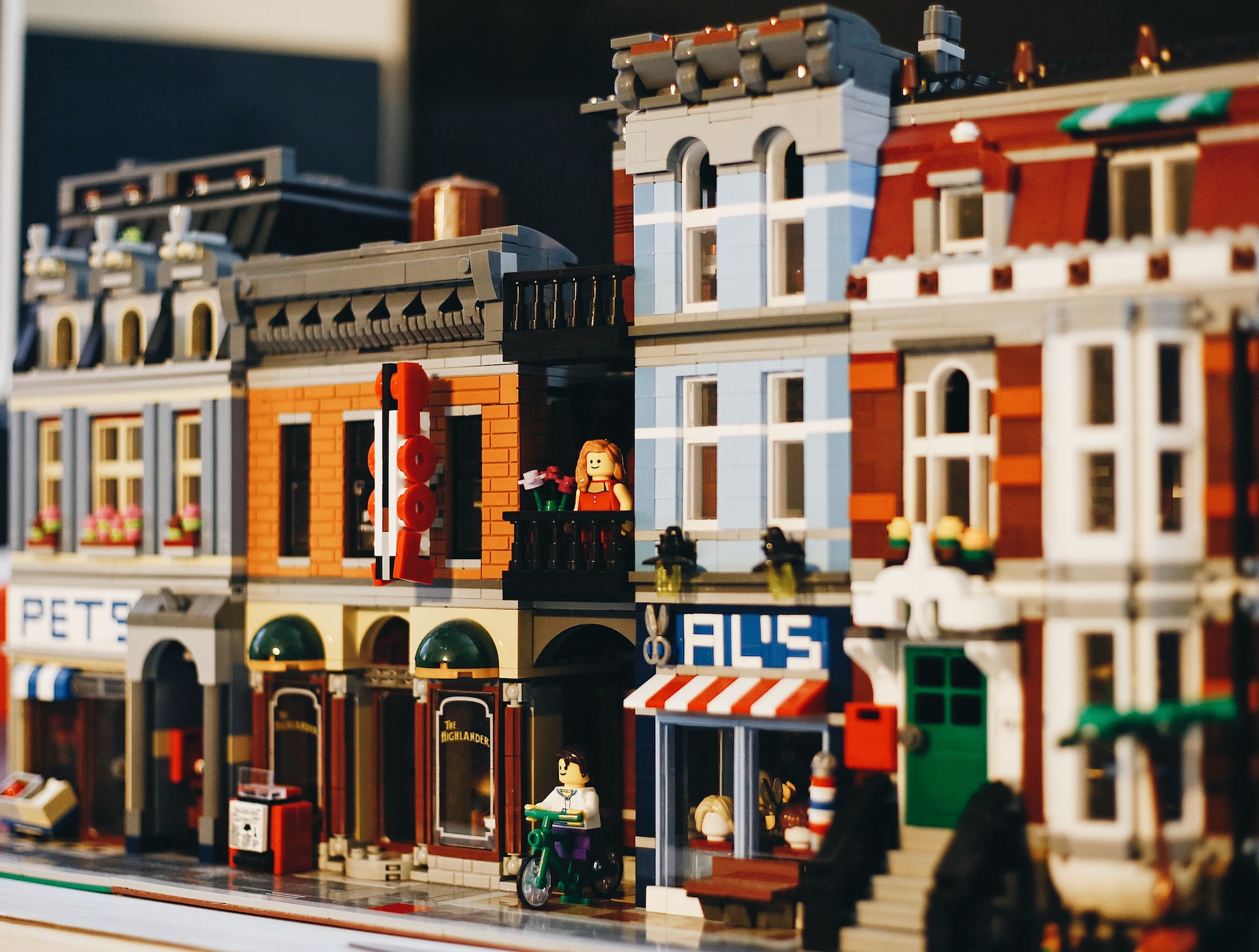 When grief manifests in an unexpected way

Suddenly I imagined the universe as a giant set of LEGOs, all those pieces constructing endless forms, then coming apart only to create new forms.
- Ali Benjamin, The Thing About Jellyfish

Some time ago, I came across an essay by the celebrated novelist Amy Tan entitled "What Your Closet Reveals About You," which appeared in Harper’s Bazaar back in 2006. In the essay, she discusses what clothes reveal about a person.

It makes a sort of sense. But it’s not just about clothes necessarily.

You can tell a lot about people by looking inside their closets. Some look like a pristine store display: hyper-organized garments hanging evenly spaced, unwrinkled, from gleaming stainless steel rods. Others look like the backroom of a goodwill store, heaps of clothes strewn haphazardly and hanging off shelves. There are the clothes we wear that reflect how we aspire to be seen. There are the items rarely used that we cling to for nostalgia, physical vessels for memories we fear we may forget. Hidden from outside view, our closets, and the items within, embody who we are and how we got here.

Mine is no exception.

Along the left wall of my closet are the suits, ties, slacks, and Brooks Brothers dress shirts that have been eschewed in favor of the T-shirts and hoodies piled up on the dresser beneath. On the shelf above, there are two medium-sized cardboard boxes. One holds my diplomas, the definitive record of my academic qualifications; in the other is Linda’s wedding dress.

At the center, opposite the entryway, hangs the plain white dress shirt worn only twice: first, at our wedding six years ago then second, at Linda’s funeral last year. The inner collar remains stained with my sweat as much as my anguish.

Below it, mid-center on the dresser, still sits the stack of Linda’s clothes that she had packed for her postpartum stay - the first thing I had done after returning from the hospital was to place them back where they had been less than 24 hours before.

And then lining the entire right wall are the dozens and dozens of Lego sets, rectangular cardboard boxes of all sizes stacked upon each other, three or four deep, accumulated since the day Linda died.

I had not planned to collect Legos.

A few weeks before her due date, Linda and I had picked out our first Lego set together; we had planned to build it while we were both at home, on leave, with our newborn daughter. We opted for a 4,002-piece “Creator Expert” set, a city square that reminded us of Boston, where we had first met while in law school. It was about a month after I lost Linda that I started searching for more. In the middle of the night after feeding my infant daughter, in the middle of the day after putting her down for a nap, at all times of the day I felt a compelling urge to scour blogs, review sites, and Reddit forums with the latest news about Legos. Linda and I had accomplished a great deal in the eight years we had known each other, four of those married, but there was so much left unfinished. It would be up to me to raise our girls and to build that Lego set.

It turned out that first set we had selected was part of a series of city buildings that could be combined together to form a Lego neighborhood. I bought the entire series and stashed them in my closet.

It only grew from there.

I bought enough Legos to fill my whole closet. As I built castles and cars and houses and trains together with my daughters, we would cry and grieve and talk about their mother. We were rebuilding our life as we pieced those bricks together, one by one. I longed for a blueprint, like the building instructions that came with each set, for this new life.

But the Lego sets that remind me of Linda - the city buildings; the sets themed from Harry Potter, one of her favorite book series; landmarks from London, which we had visited on our honeymoon - they sit untouched. I can’t build those sets, not yet at least. I’m saving them because perhaps one day I will find the courage to build them with my daughters.

It is an irony that so much could be represented by cardboard boxes containing small plastic pieces. Then again, I’ve come to realize that each moment in everyday life, like each of those plastic pieces, has its place and purpose. Like a Lego set, I am using those moments to build something new and beautiful with my daughters. And it will never be finished.